Today I ventured via Metro over to DC for a rally in front of the EPA to save the bees. The main focus was on honeybees, but native bees were mentioned by a few speakers, too. Glad to see they got a shout-out!

I prepared for the event by staying up until 3:00 last night working on my double-sided sign (which you'll see later in this post). I was exhausted!

This was my 2nd time going to a rally. The first was the Rally to Restore Sanity, held on the Mall in DC, just a couple of weeks after I moved to the area. I thought it sounded interesting, but the main reason I went was because I knew a lot of my friends really, really wanted to go, but couldn't- they lived too far away, travel was expensive, they couldn't take off from work, etc. I went because I live in the area and considered it a privilege to be able to attend. I didn't make any crazy signs, and with over 200,000 people there, the event was much, much too crowded for my comfort level. But interesting experience nonetheless.

Today's rally was a little different. True, part of the reason I wanted to go was, again, because I could. I talked with folks around the country who said if they lived closer, they would go. Well I live here. What's my excuse? 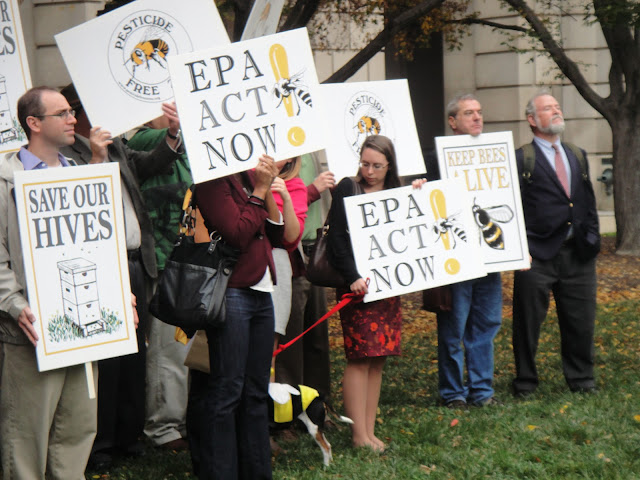 Also, this is obviously a cause near and dear to my heart and I have strong feelings about it. If like-minded folks are going to go and have their voices being heard on the issue, I want to be part of that, damnit.
If there was ever a rally worth attending- for me- it's this one. 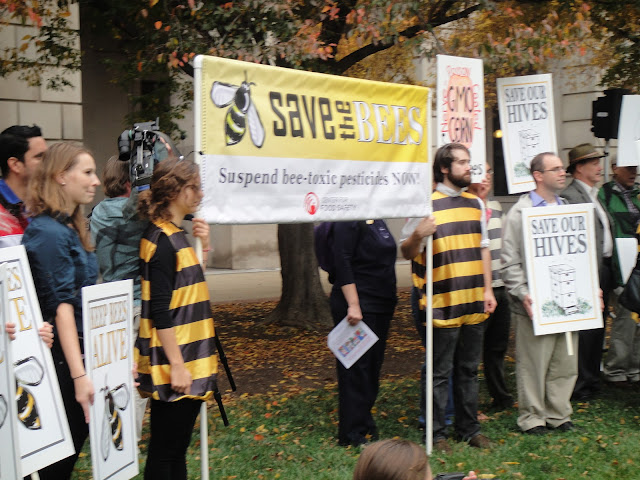 And, as someone who is possibly seen by others as a "pollinator representative [of Virginia[," I felt obligated to go. How can I call myself a pollinator enthusiast, and talk about standing up for pollinators and the importance of pollinator conservation, and then not go to an event specifically being held to possibly result in something that could make a HUGE positive impact on ALL of the pollinators? When it's less than an hour from my house, no less? 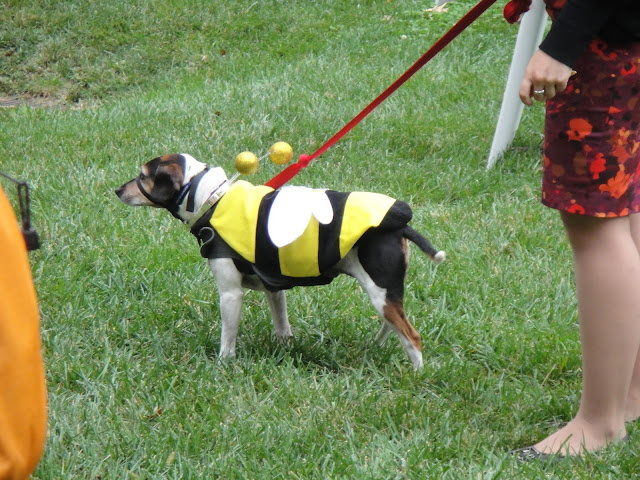 After I saw a list of speakers attending the rally (which was schedule to only last an hour), I went from thinking I should go to being very excited about going. Maryam Henein, the creator of "Vanishing of the Bees" would be there, as well as David Hackenberg, one of the main beekeepers documented in the movie. I would have been happy to possibly meet either of them, but both? Super awesome.

Then the day before the event, an annoucement came that Congressman Dennis Kucinich was also going to be there to speak. 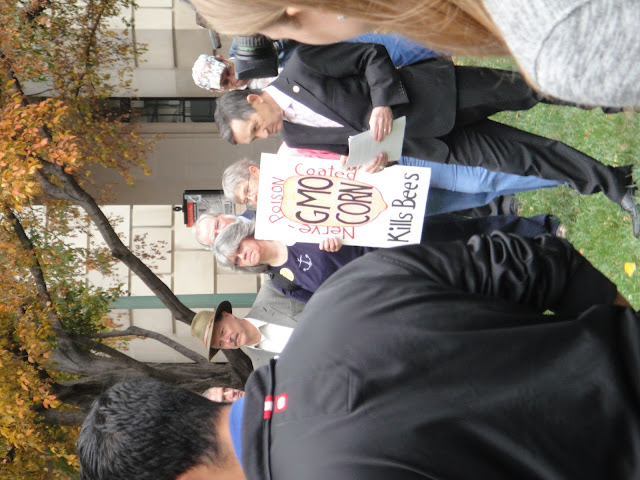 I remember back when he ran for president, he came up as my "ideal candidate" when I did a few of those online-quizzes to see who matches up best with your beliefs. Obviously he didn't get the nomination and sadly after January, he'll no longer be holding a position in congress. While it's a shame to no longer have someone so passionate about our bees, our food, and our environment in his position, I have no doubts that he'll continue to do very awesome things in the future- things he probably couldn't do with all the corruption and checks and balances in national politics. 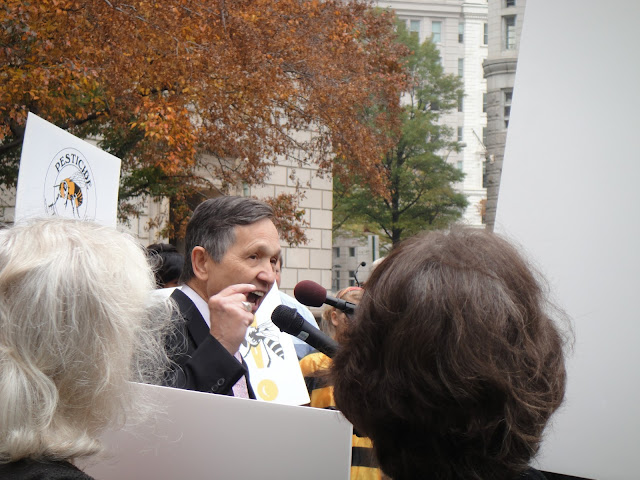 He was a very passionate speaker, and I learned that he has beehives too. It's clear he knows what's at stake here and won't give up until something is done to help our bees and clean up our food supply. 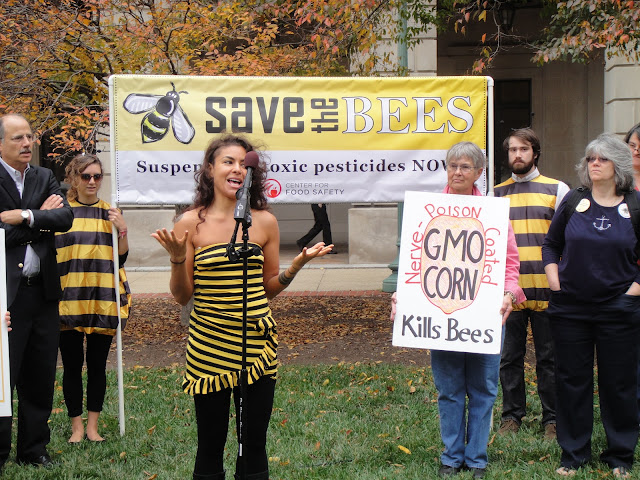 Another powerful voice for the bees, Maryam Henein. I followed her progress during the making of her documentary, "Vanishing of the Bees," for years after I found out about it. It wasn't an easy or cheap project, but this is her passion, and she got it done. If you haven't seen it, I highly recommend it. In fact, I recommend watching it over and over and over again- I'm due for another viewing myself! 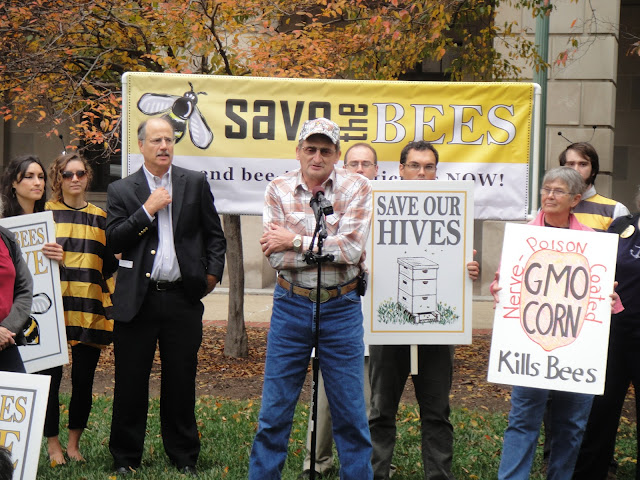 One of the first to sound the alarm back in 2006 about the disappearance of honeybees. I've always wanted to meet him... and now I have! Unfortunately I didn't get to have a conversation with him, as he was in high demand for photos and everyone seemed to want to talk to him. 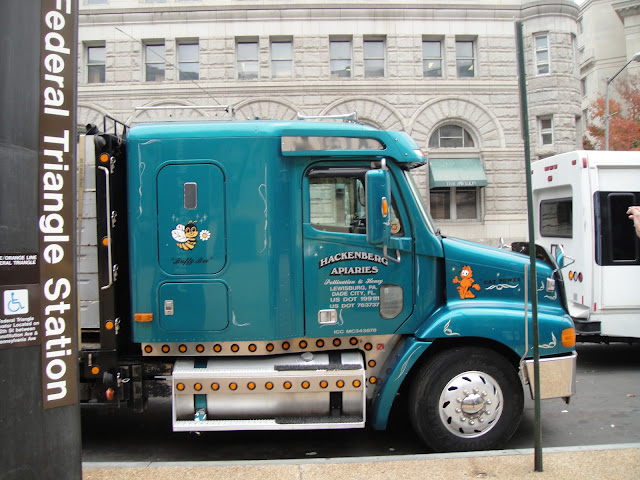 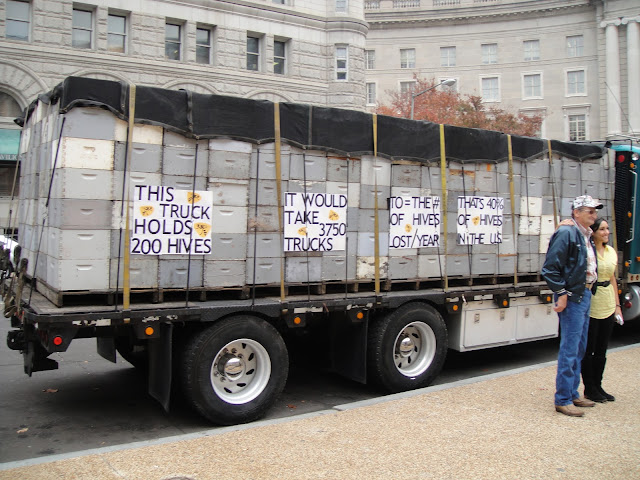 ...full of empty beehives and informative signs. (If you can't read the text, click the picture to enlarge it.) 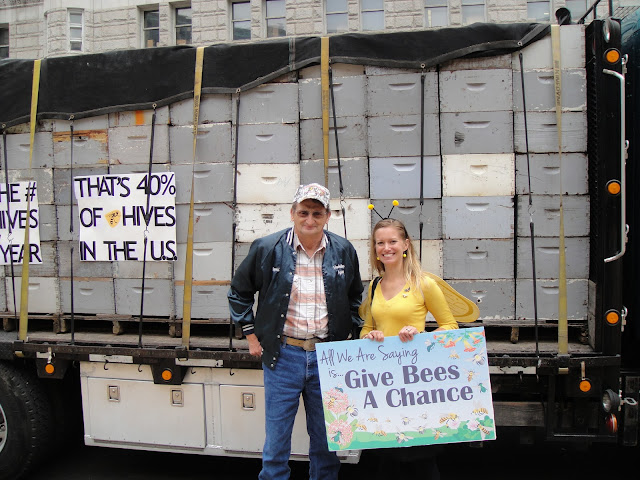 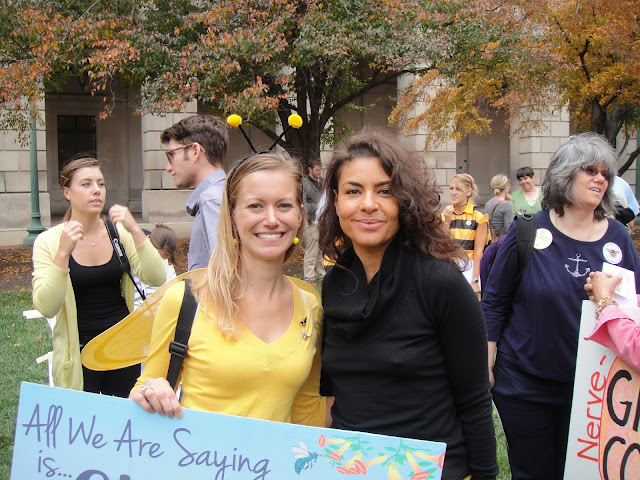 And had to get a picture with Maryam :) 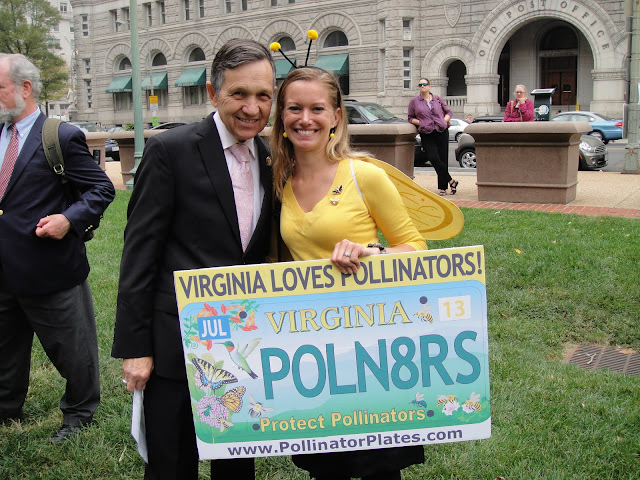 And a picture with Congressman Kucinich, with me making the squintiest and cheesiest of faces (and side 2 of my sign).


I heard someone mention that they might do another similar rally in the Spring. I also heard via Maryam that representatives from Beyond Pesticides and Center for Food Safety were talking to the EPA this afternoon. Let's hope they've reconsidered their denial of our request (made months ago) to put a ban on NeoNics-- at least until further and actual scientific research can be done.

Posted by Samantha at Pollinator Plates at 5:51 PM 2 comments